Another Lisbon Story (2017) is a documentary directed by Claudio Carbone.

A favela in Lisbon, the residents are an active part of the decisions of the place where they live and a research team follows the process of inclusion in society.

The absence of a decent housing policy, in response to the needs of the lower income population, resulted in unofficial housing. Residents are unemployed or are having extremely poor working conditions. What they earn is not enough to rent a house and to support basic expenses such as food, water, electricity, gas and transport.

In this context of social injustice which also transforms in a spatial injustice we currently have about 42 families, a couple of hundred people, women, children, men, elderly, people with disabilities and some with serious health problems. They live in a neighborhood without minimum hygienic conditions, with precarious homes, without sewers, not always with the available water and with an open dump which attracts rats, snakes and pests.

The meeting between the community and a university research group starts a process of inclusion in society of this stigmatized neighborhood with the aim of a future consolidation and integration through shared urban planning: both through community self-production practices in their habitat and through movements of citizens in defense of their right to housing, right to place and right to the city.

The synergy between academic knowledge and the will of the community of change brings real changes both at the territorial level and at the population level of emancipation, even managing to involve other actors in the project as the municipality of Loures and a company collecting trash which led to a cleansing of the neighborhood the open dump and that way some public space was created.

Through the creation of these facilities and public spaces, although informal genesis, it triggers a process of recovery of an abandoned and poor part of the city; parts in which all citizens can attend the new equipment, building porosity conditions of the urban fabric within which, they can give and you can push mutual percolation of different social groups.

After this phase, the community has created its own neighborhood association, organizing internal meetings and began to relate directly with the municipality of Loures. And now struggling to achieve the main objective to have dignified housing is a possibility more realistic. 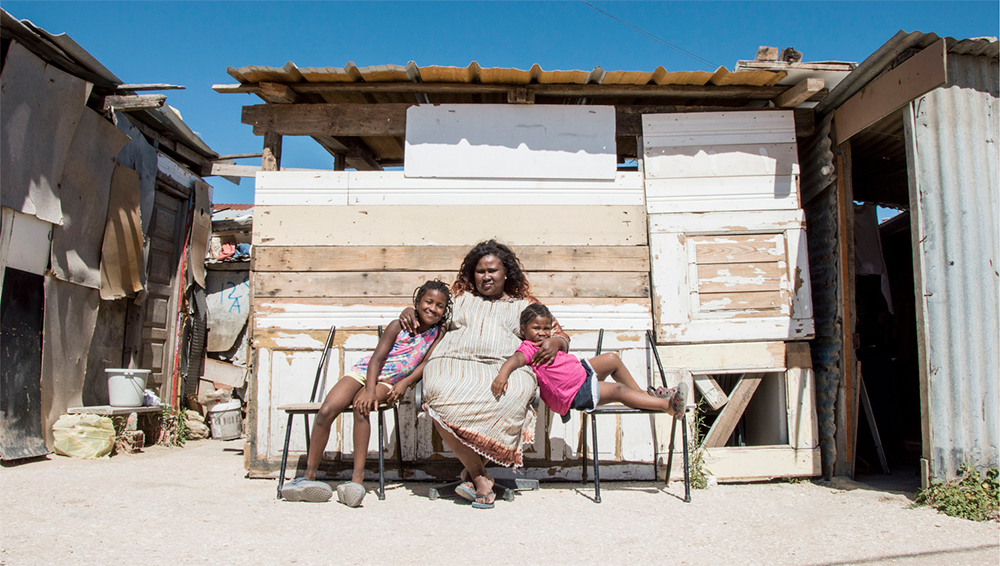